Starred lists are a powerful way to enhance the function of saving lists in Pipeline. Saved lists allow users to create workflows and reports to quickly access later, and starring a saved list adds additional functionality to help you keep a close eye on the data that’s important to you. Admins have the additional capability to set shared saved lists as starred lists to ensure your team members focus in on critical data.

Starring a list is quick and simple. First, be sure to save your list view and give it a name that describes the list clearly. Then, click the ✩ button to the left of the list name. Please note that only list views for People, Companies, Deals, Agenda, and Activity Report items can be starred. 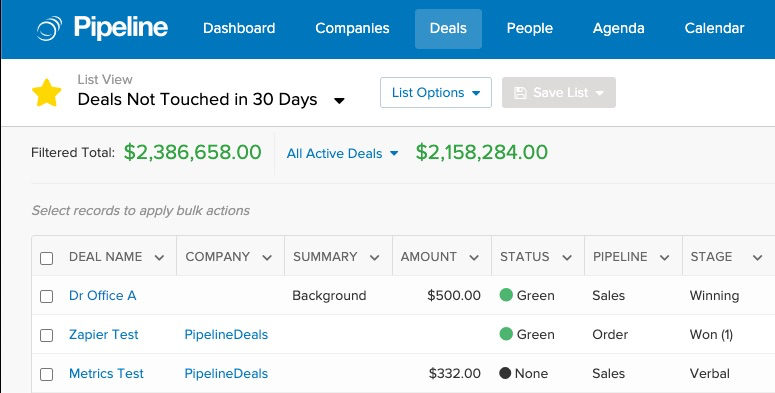 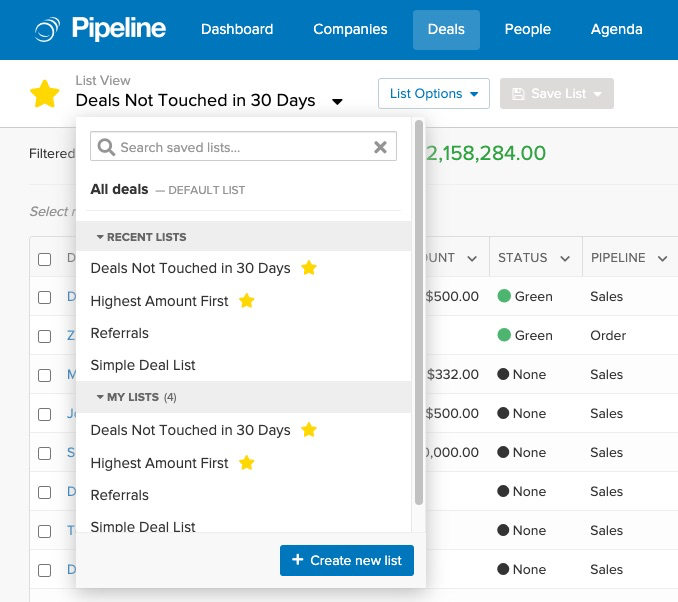 Starred lists provide a quicker way to review this at-a-glance information without having to load multiple list views. Users can “Star” any list they have saved and had the list name and a total number of returned results display on their home page. Rather than taking the time to load multiple lists, you can now see quick results when you first log in to meet your needs. If you need more detail, you can easily click to the name of the list view you wish to see to load that list view and get working!

As with all other saved list views, starred lists can also be shared with your team. When sharing a list, admins have the option to have that list starred for the user you are sharing with, which you can see from the "Manage sharing" option. This is a great tool for onboarding new sales reps or for bringing consistency to your sales process across your team. The option to "Copy List URL to Clipboard" will allow you to share a direct link to that saved list view in your Pipeline account. Keep in mind that visibility of the list and the records displayed will depend on the visibility settings for the user attempting to view the saved list. 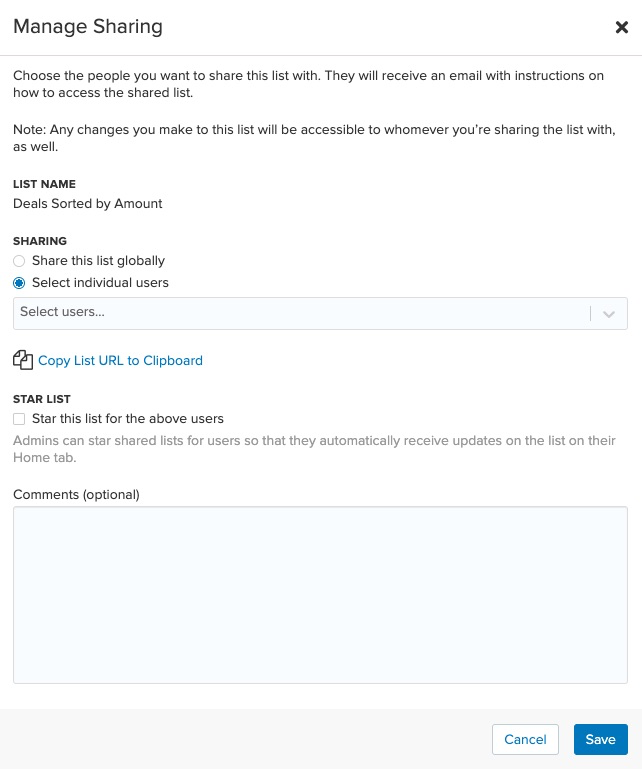 The possibilities for using starred lists as quick references are near limitless, but here are a few ideas to inspire you…