The Win Ratio report is designed to help you answer the question "Which deals are we closing at the highest rate?"

In other words, out of all the deals that you won or lost in a given time period, what percentage did you win?

For example, let's say that you won 20 deals last quarter and lost 30. Out of all deals won or lost last quarter (50), 20 were won. This means that for the purposes of this report, you had a win ratio of 40% last quarter. Not bad!

You can drill into more detailed questions by segmenting your win ratio data by:

Are we more likely to close deals from inbound chats or inbound demos?

You can easily compare win ratios from different marketing sources to determine which sources produced deals that have closed at the most efficient rate. To do this from the Win Ratio report: 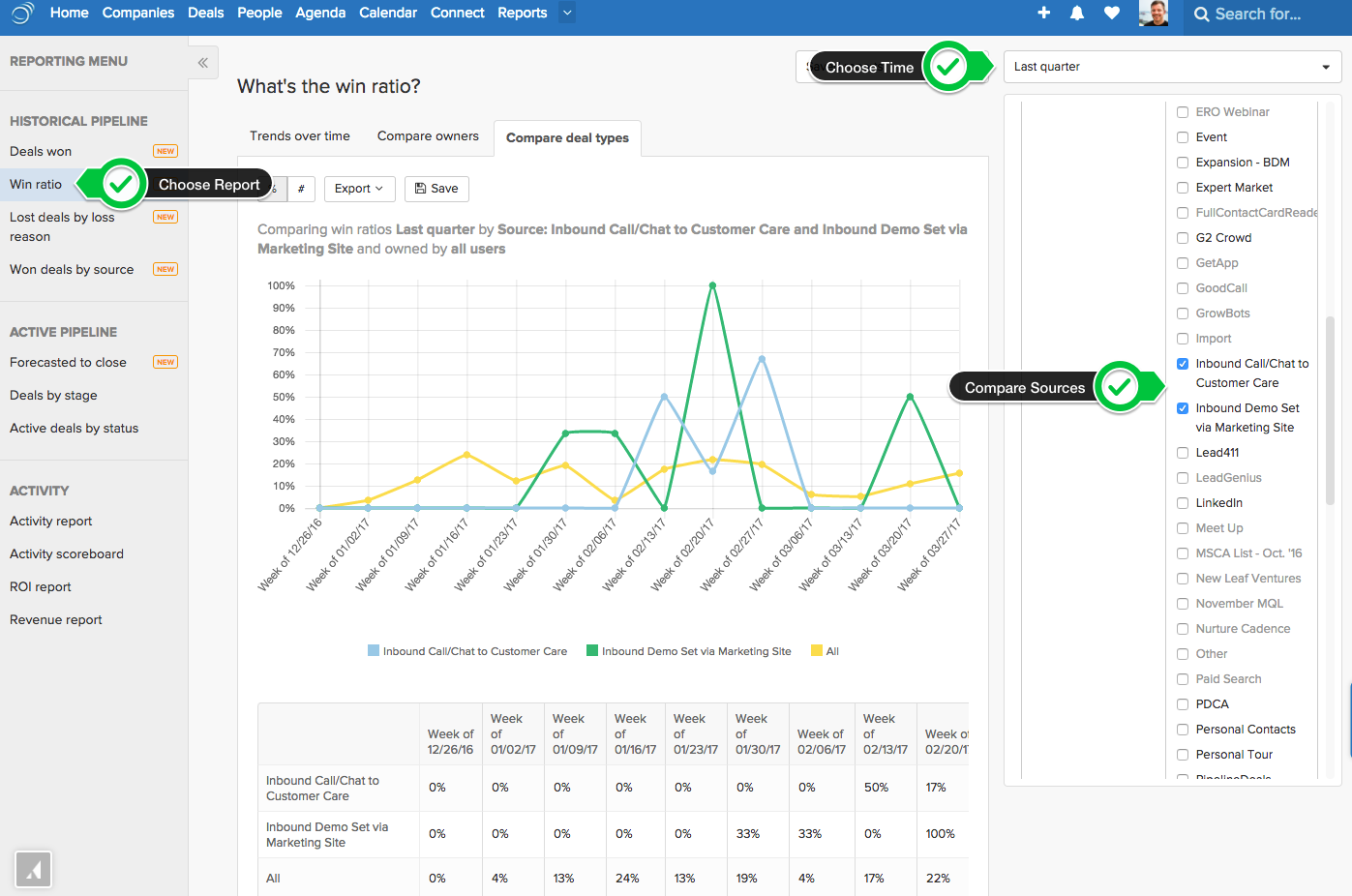