The Deals won report is your traditional closed revenue report. It enables you to report on deals that currently have the won or 100% probability stage. You can compare won deals trends over time, by the owner, and by deal type (deal custom field). Additionally, you can compare deals won vs. deals forecasted to close.

This report pulls data on all deals closed won and enables you to report by the number of deals won or the value of deals won.

You can view this report by:

This report has the added benefit of offering a comparison with deals that are expected to close in the timeframe that you have selected. You can add your forecasted data by switching on the Forecasted toggle along the right side of the screen: 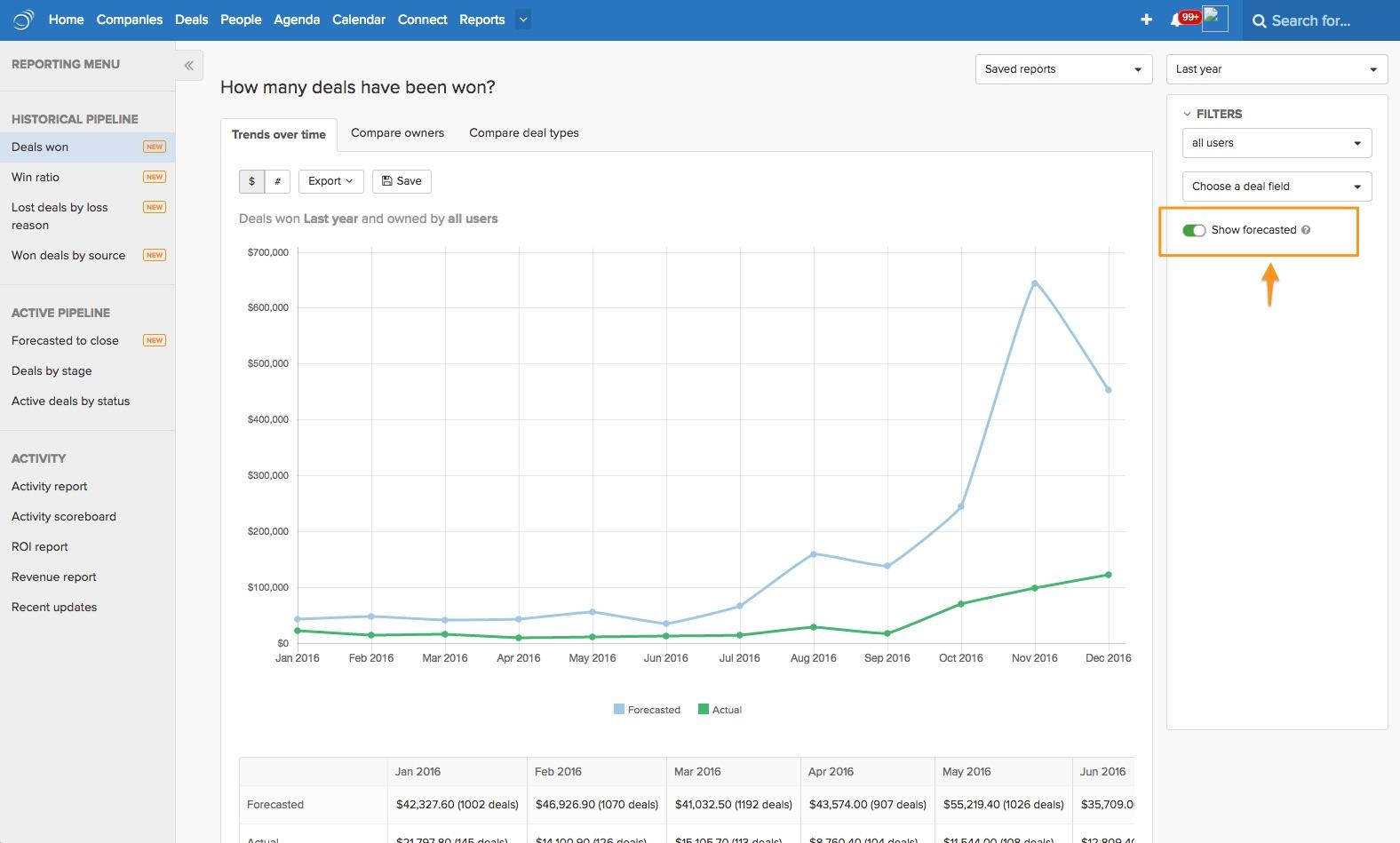 Turning on the forecasted data will display a sum of all deals by count (#) or amount ($) that have a expected-close date within the selected time period. This should hopefully give you some insight into the actual performance vs. projected performance of your pipeline.

Note: Only deals with an expected-close date are captured in the Forecasted dataset.

How many deals did we win that have a specific source (i.e. 'cold calling') this quarter?

The Deals Won report is great for visually showing which sources have most contributed to revenue growth over a given time period. To answer the question above: 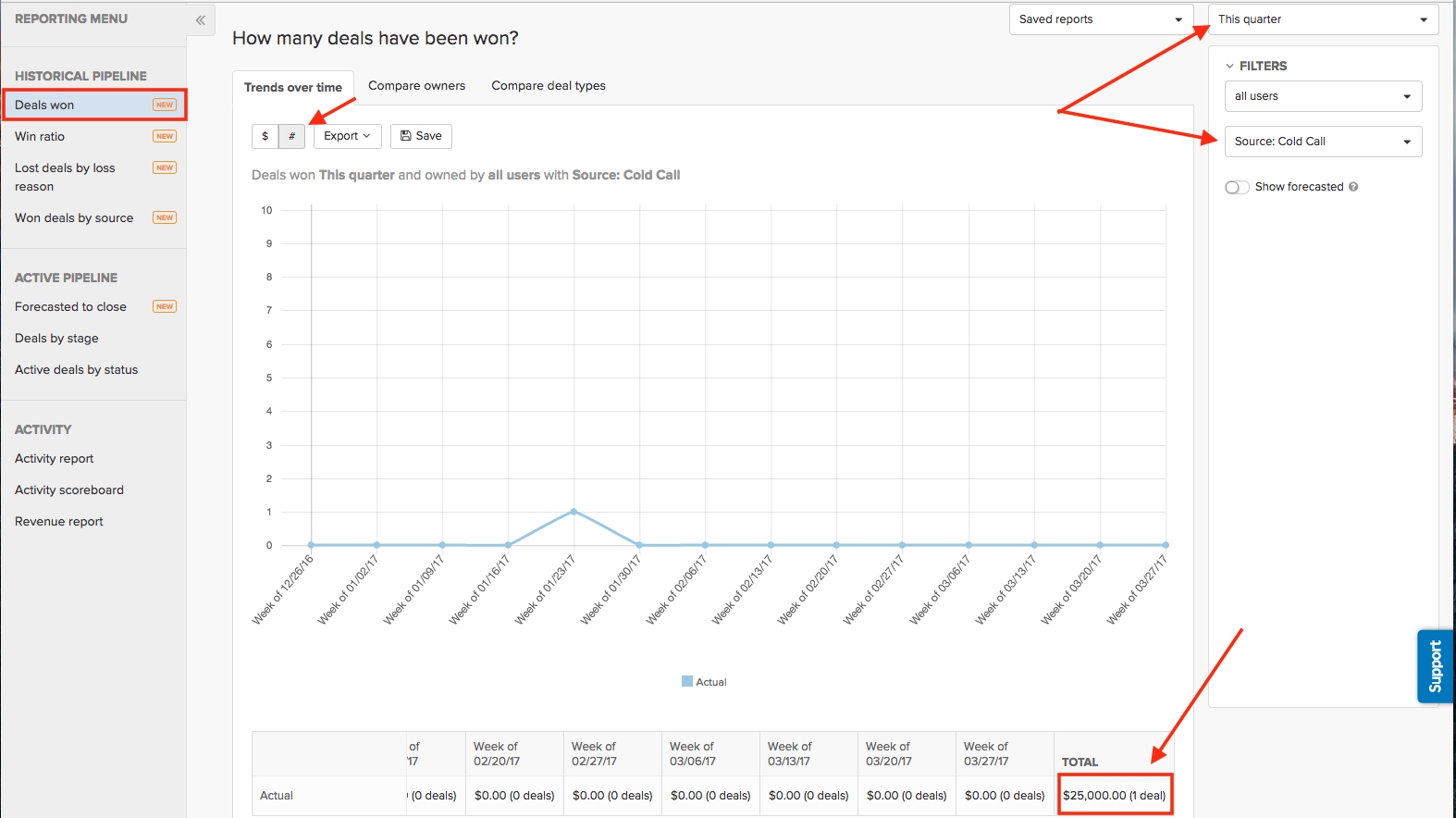